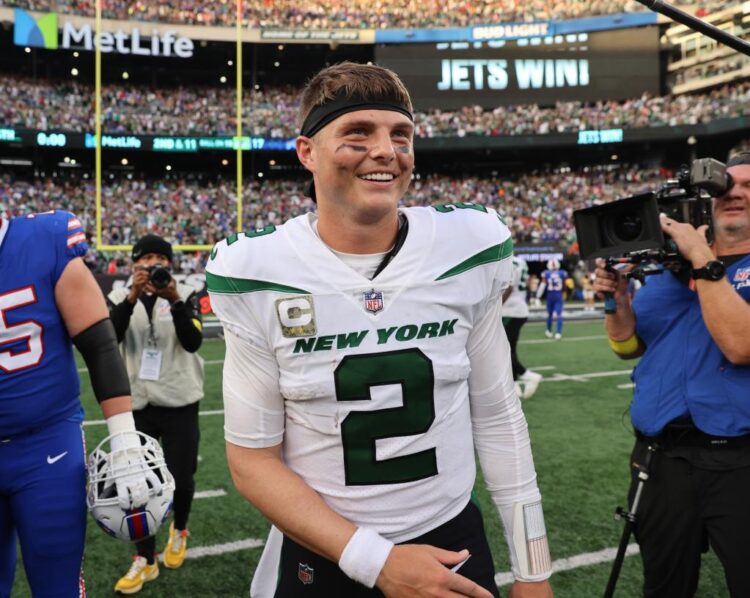 Saleh was hugging VP of Security Rob Mastroddi after Sauce Gardner had denied a Josh Allen desperation fourth-and-21 heave for Gabe Davis, and Sauce was doing snow angels on the field and a fan base that had chanted “Let’s Go Jets” toward the end of the decisive smashmouth field-goal drive in the fourth quarter left MetLife Stadium with every right to believe that this team, this 6-3 team that believes, had grown up right before its eyes.

No one, of course, needed to make a statement more than Zach Wilson, and he made a compelling statement of resilience and mental toughness with all eyes on him: would he show up as a poised leader able to ignore all the bubbling noise about whether he is The Guy and manage himself a game, or would he implode for a second straight week and prevent a team with the kind of defense that Saleh was brought here to deliver from closing this forever gap in the AFC East?

He made one mistake, a sack fumble on a 3rd-and-6 at the Buffalo 18. He threw a 7-yard touchdown pass on a screen to James Robinson as soon as Sauce got the ball back for him with an interception, ran five times for 24 yards, stood tall and delivered quickly and decisively in the pocket, didn’t do the things that cause you to lose, and generally looked like an NFL quarterback.

“For me, quiet the noise,” Wilson said. “One play at a time, going through my progressions, getting the ball out of my hands, hanging in the pocket, all the things a quarterback’s gotta do. Just playing the position the right way.”

Nothing fazed him, or them: not the naysayers who sacked and piled on him all week, not even the bizarre 12-minute SkyCam malfunction delay in the third quarter.

“We obviously don’t care what anybody else says, right?” Wilson said. “We expected to win this game as a team.”

For the Jets to leave no doubt that they can Take Flight in a daunting division, they all know that they will need Wilson to start soaring. He can’t be the one holding his team back.

On the soul-sapping crunch-time drive that started at the Jets’ 4 and kept Allen on the sidelines for six minutes, Wilson needed to throw but one pass — and he completed a 12-yard slant to Denzel Mims on third-and-5 at the Buffalo 18. He didn’t try to play hero ball … and was hailed by his offensive linemen as a hero anyway.

Laken Tomlinson: “I’m proud of that kid, man. I’m proud of the way he handled himself, not just today but throughout the work week as well.”

Duane Brown: “He did a good job of getting us to the right play-call in the right situations … the team we just played is a great team, and the level of poise he had throughout the game was key.”

Wilson (18-for-25, 154 yards, 1 TD, 0 INTs) was 6-for-7 for 63 yards on the 13-play, 75-yard touchdown drive that drew the Jets to within 14-10 at the half. But when James Robinson and Michael Carter began gashing the Bills when it mattered — 73 yards on a combined eight carries at the start — less was more from him behind his nasty, relentless offensive line.

Wilson: “You play with what’s going. They wanted it, they wanted to keep running the ball. You could see the big guys up front were getting after it.”

Tomlinson: “That’s the best feeling in the world.”

Cedric Ogbuehi: “We asked for it, and they gave it to us, and they put it on our back, and we answered.”

It was critical that Wilson answered following his three-interception nightmare against the Patriots. Everyone around him had his back — a fake punt on fourth-and-1 early in the third quarter at the NYJ 48 was successful, Stefon Diggs was shut out on three targets in the second half — and he had theirs. Four plays before Carter’s 6-yard touchdown that would cut the Jets’ deficit to 14-10, Wilson found C.J. Uzomah for 5 yards on fourth-and-1 at the Buffalo 32.

“He kept his composure throughout the week and he kept his composure in the game,” Saleh said. “Nothing’s too big for him. He’s gonna be a good football player. He’s still a pup in the league, he’s got a long way too go, obviously, but at the same time I thought he did a really nice job today.”

Big statement by a team that will have a chance to make even bigger statements as long as the second-year quarterback makes more big statements to himself, and to everyone around him.

“We obviously don’t care what anybody else says, right?” Wilson said. “We expected to win this game as a team.”

The statement: “The Jets are here to play, baby,” Tomlinson said, and laughed. 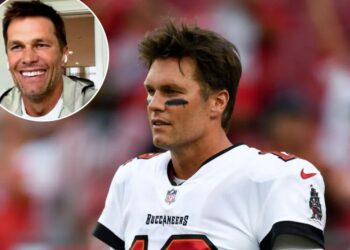 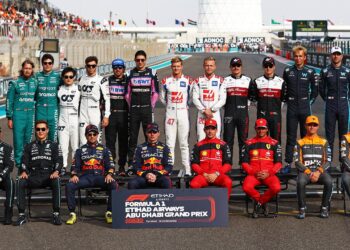 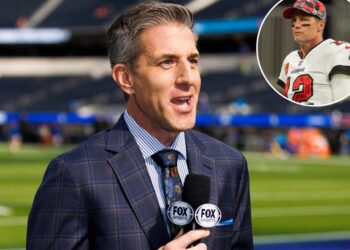 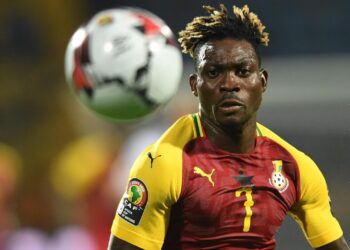 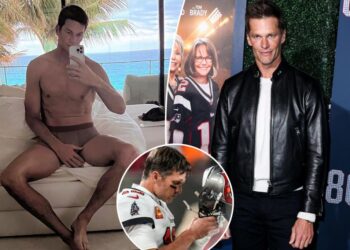 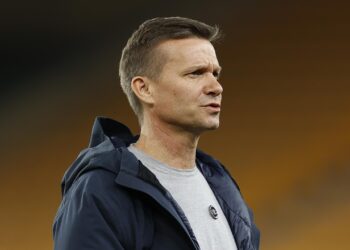