We are now 90 seconds to our doom 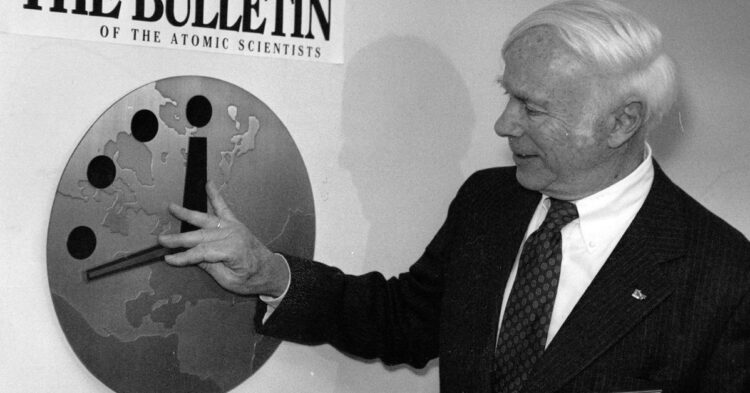 Fellow humans, we are now just 90 seconds away from our doom — also known as midnight on the Doomsday Clock. It’s “a metaphor for how close humanity is to self-annihilation,” according to the Bulletin of the Atomic Scientists, which sets the time each year. And we’ve never been closer to the apocalypse.

While it’s just a metaphor, the decision to move the clock’s hands closer to midnight reflects real-world risks. This year, that included the war in Ukraine, heightened nuclear tensions, worsening climate change, and proliferating disinformation campaigns.

While it’s just a metaphor, the decision to move the clock’s hands closer to midnight reflects real-world risks.

But the biggest factor this year, according to the Bulletin, was the conflict in Ukraine. You can read more about the Bulletin’s decision in their official statement, which is released each year. This is the first year the statement has been released in English, Russian, and Ukrainian.

“Russia’s invasion of Ukraine has increased the risk of nuclear weapons use, raised the specter of biological and chemical weapons use, hamstrung the world’s response to climate change, and hampered international efforts to deal with other global concerns,” the statement says.

The clock started at seven minutes to midnight when it was created by artist Martyl Langsdorf to grace the cover of the Bulletin magazine in 1947. Seven simply “looked good to my eye,” Langsdorf reportedly said.

The exact placement of the clock’s hands was not as important as what people were doing to either harm or help one another. After the US dropped two atomic bombs on Hiroshima and Nagasaki in 1945, scientists — including some who worked on the Manhattan Project, like Martyl’s physicist husband, Alexander Langsdorf — created the Bulletin to grapple with the consequences of developing such a powerful, earth-shattering weapon.

Since then, the Bulletin has taken into consideration other threats people have brought unto themselves, such as burning fossil fuels and spreading misinformation. The time is decided on by the Bulletin’s Science and Security Board, along with input from a Board of Sponsors that included 11 Nobel Laureates this year.

The clock last ticked forward in 2020, when it moved to 100 seconds to midnight. At the time, that was the closest the clock had ever been to midnight — and it was set before a novel coronavirus grew into a pandemic later that year.

The good news is that the clock’s hands can also move backward when people take steps to make peace and protect the planet. With the end of the Cold War in 1991, the hands of the clock turned back to 17 minutes — the farthest they’ve ever been from midnight. 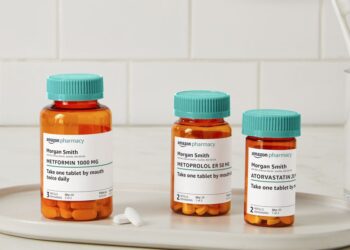 Amazon is launching RxPass in the US, a new drug... 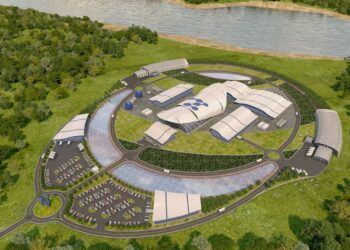 The US certifies the first small modular nuclear reactor design

For the first time, the US Nuclear Regulatory Commission (NRC)... 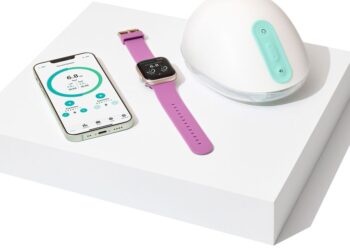 The Willow 3.0 in-bra breast pump is designed to help... 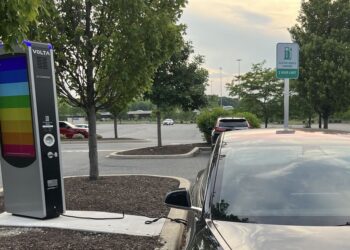 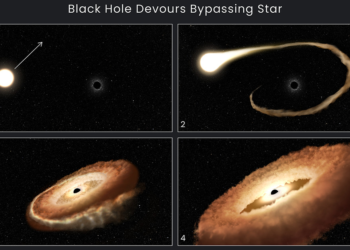 While some stars reach the end of their lives with... 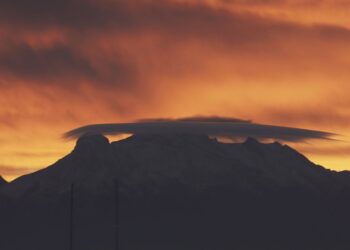 Mexico says it will prohibit experiments with solar geoengineering, a...

We are now 90 seconds to our doom