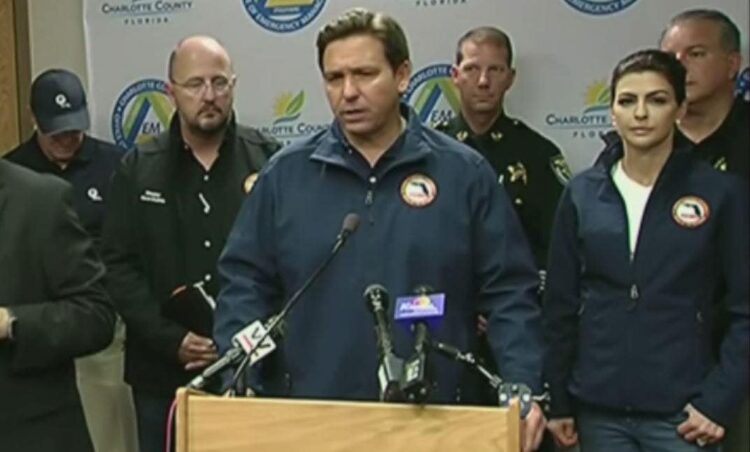 Florida Gov. Ron DeSantis gave an update on relief and recovery efforts following Hurricane Ian on Thursday, saying it was a “24/7 operation.”

The storm made landfall Wednesday morning as a Category 4 hurricane with 150 mph winds laying waste to infrastructure in southwest Florida. Images of the aftermath show buckled roads, collapsed bridges and flooded neighborhoods.

“From the wee hours of the morning there have been people that have descended on southwest Florida to be able to offer assistance,” DeSantis said Thursday. “And so we’ve seen a number of efforts on the barrier islands to bring people to safety, particularly in Lee County, but also in Charlotte and in Naples, and Collier County. And you have people, the electrical power, they’re all here.”

“And so we’ve got a huge amount of resources that have been brought to bear to be able to do that. And we’re going to continue doing it. This is going to be a 24/7 operation because we realize how important it is,” he continued.

FOX WEATHER: WHERE IS IAN HEADED NEXT? DANGEROUS STORM’S IMPACTS WILL BE WIDESPREAD

DeSantis went on to say that the state has set up several ways for Americans to contribute to the relief and recovery efforts, though he cautioned against sending actual supplies.

Roughly 2.5 million people are without power following the storm.

Hurricane Ian weakened into a tropical storm as it crossed Florida, but it first struck as a powerful Category 4 hurricane. It is now expected to approach the South Carolina coast, where hurricane warnings have been issued.

Ian tied for the fourth-strongest landfalling hurricane to strike Florida since data started being recorded.