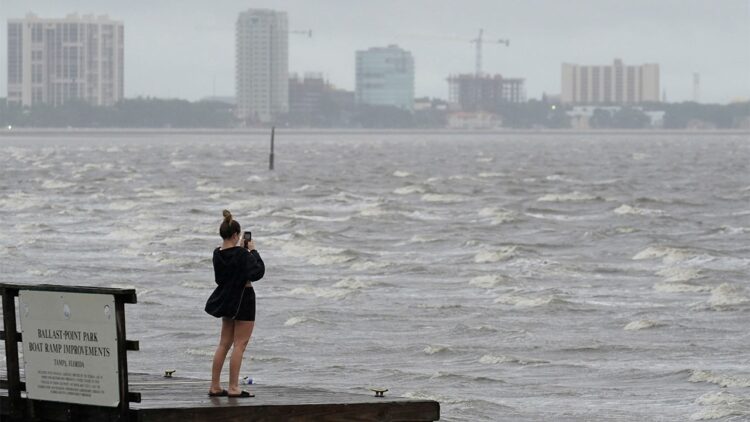 The experts’ comments come as a series of media outlets, Democrats and progressive commentators continue to blame the hurricane on human-caused global warming. Hurricane Ian slammed into southwest Florida as a Category 4 storm on Wednesday, causing more than a million residents to lose power and prompting stark safety warnings from Florida officials.

“What they’re trying to do is politicize the pain and suffering of these people to promote their green agenda,” Gregory Wrightstone, the executive director of the climate policy think tank CO2 Coalition, told Fox News Digital in an interview. “Well, their policies and their agenda to promote renewables will do far greater economic destruction to the country and Florida.”

NASA: VIDEO OF HURRICANE IAN CAPTURED FROM SPACE STATION AS IT HITS FLORIDA

And a series of progressive commentators and climate activists took to social media to similarly peg the hurricane on global warming.

However, Wrightstone and the other experts contacted by Fox News Digital rejected those arguments, arguing that individual storms cannot be linked to climate change.

“There’s nothing to back up what they’re saying is,” he continued. “There were about 16 major hurricanes between 1916 and 1965 but only six since 1965. So, clearly major hurricanes happen with lower levels of carbon dioxide. That doesn’t add up for them.”

A NOAA study last revised in July concluded that its models and analysis didn’t support the notion that greenhouse gas-induced warming leads to large increases in either tropical storm or overall hurricane numbers in the Atlantic. The study, authored by senior NOAA scientist Tom Knutson, added that it was “premature to conclude with high confidence” that human-caused increasing greenhouse gases have had any impact on hurricane activity in the Atlantic.

Jamie Rhome, the acting director of NOAA’s National Hurricane Center, echoed the study’s findings in an interview with CNN on Tuesday, pushing back against anchor Don Lemon’s argument that Hurricane Ian’s intensification is tied to climate change. Rhome said he “would caution against” linking any one storm to climate change.

“Trying to blame global warming for Hurricane Ian not only defies scientific evidence — the clear weight of scientific evidence — but it is a despicable politicization of a real tragedy that requires our attention and focus on the people negatively affected,” James Taylor, the president of conservative think tank Heartland Institute, said in an interview with Fox News Digital.

“These types of hurricanes existed before SUVs and coal-fired power plants were invented,” Taylor added. “In fact, they were much more frequent and severe before coal power plants and SUVs.”

Wrightstone, who also serves as an expert reviewer for the United Nations’ Intergovernmental Panel on Climate Change (IPCC), added that the number of hurricanes this year has actually been lower than previous years.

“The IPCC sees no correlation between warming temperatures and more hurricanes,” he told Fox News Digital. “And we saw that this year. Up until this hurricane, which is massive, it had been almost historically low numbers of hurricanes.”

Thomas Catenacci is a politics writer at Fox News Digital