BREAKING
US warship in South China Sea as part of regular deployment shows country’s commitment to region February 5, 2023
CEO of Hilton says a Porsche was the dumbest thing he ever bought: ‘I spent all my money on that stupid car’ February 5, 2023
The Best Beauty Instagrams: Hailey Bieber, Martha Stewart, and More February 5, 2023
Knock At The Cabin Breaks A Worrying M. Night Shyamalan Streak February 5, 2023
Star Wars Is Setting Up The Most Unlikely Rebel Leader February 5, 2023
Next
Prev

Nate Berkus Takes Us Inside His Former Chicago Apartment 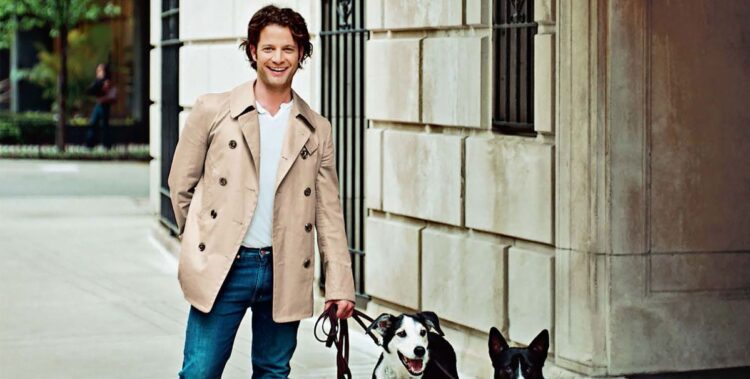 This article originally appeared in the September 2008 issue of ELLE DECOR. For more stories from our archive, subscribe to ELLE DECOR All Access.

Steps from the shore of Lake Michigan, on a tree-lined street on one of Chicago’s most storied residential blocks, Nate Berkus had a moment. The kind of “aha!” moment that often occurs during the decorator’s home transformations on Oprah or at the unveiling of a client’s newly fashioned space. It was the first time he was seeing the apartment he now lives in, and “it was six in the evening, and the light was beginning to fade. I walked into the living room, saw the lake out the window, and was like, Okay,” he recalls. “It was one of those times when you realize, This is where I belong.”

Berkus’s home — he has a second residence in Manhattan and shares a place in Milan with his boyfriend, Brian Atwood, the creative director of the fashion firm Bally — is a handsomely proportioned apartment that dates to 1929. Better yet is how it still reflects the stylish renovation it underwent in the late ’40s at the hands of Samuel Marx, a high-society midcentury-modern architect whose talent Berkus fervently admires. “To me, everything starts with the architecture,” the decorator says. “You can either enhance it or ignore it.”

In the living room, an 18th-century limestone mantel and linen-clad chair by Berkus; the side chair and ceramic pineapple are Mexican.

Enhancement was the route he chose to take, restoring much of Marx’s work (the postwar remodel was done at the behest of Inland Steel chairman Joseph L. Block). Berkus preserved the gently distressed silver-leaf wall covering in the guest room, which is now his office. “I like things to have a patina,” he notes. “There’s something really inherently valuable about imperfection.” Not that he didn’t make changes, such as shifting a beautiful dressing room cabinet a few feet to fulfill his own requirements. Redoing the bath along with sensitive upgrades in the kitchen — the decorative panels of Vitrolite glass that covered the walls were too damaged to save, but the metal cabinets remain intact — rounded out his modernization.

“I like things to have a patina,” he notes. “There’s something really inherently valuable about imperfection.”

Berkus’s attention to detail is impeccable, and inspiring juxtapositions of texture and style infuse Marx’s distinguished rooms with even more character. An 18th-century Belgian limestone fireplace is home to a pile of pristine birch logs which in turn supports a perfectly placed branch of coral. At the center of the dining room stands a Berkus-designed concrete, bronze, and wood table surrounded by 1940s American dining chairs and illuminated by a ‘50s Italian chandelier. 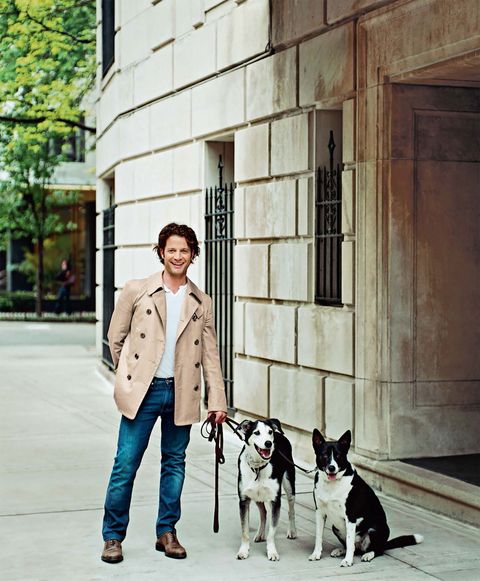 “My taste today is pretty much the same as when I was a kid, albeit a bit more refined,” says Berkus, a Los Angeles native who grew up in Minnesota. “I’ve always cared about what things look like and how they work together.” His respect for handmade objects developed early as he scoured flea markets with his mother, Nancy Golden, an interior designer. “To me,” Berkus adds, “it’s all about the hunt.”

“Decorating is a really tedious, detailed, sometimes painful, often wonderful process,” Berkus says, “but to me the goal is to always find that aha! moment.”

Clearly the man knows his prey — more than 90 percent of the apartment’s furnishings are antique or vintage. That big-mix approach is broadcast loud and clear in the entrance, where a 1940s Jacques Adnet table is deployed near an English Regency chair Berkus discovered at Leslie Hindman, an auction house he worked for more than a decade ago. Combined with the dozens of photographs and paintings by the likes of Jacques Villon, Günther Förg, and Douglas Reid Fogelson, these items add up to more than a simple equation of fine materials and investment potential. “I’m more interested in creating relationships between things than I am in sticking with an overall concept,” the decorator explains. In fact, Berkus says, “Most of the things in this apartment I bought without having any idea where they’d go.” 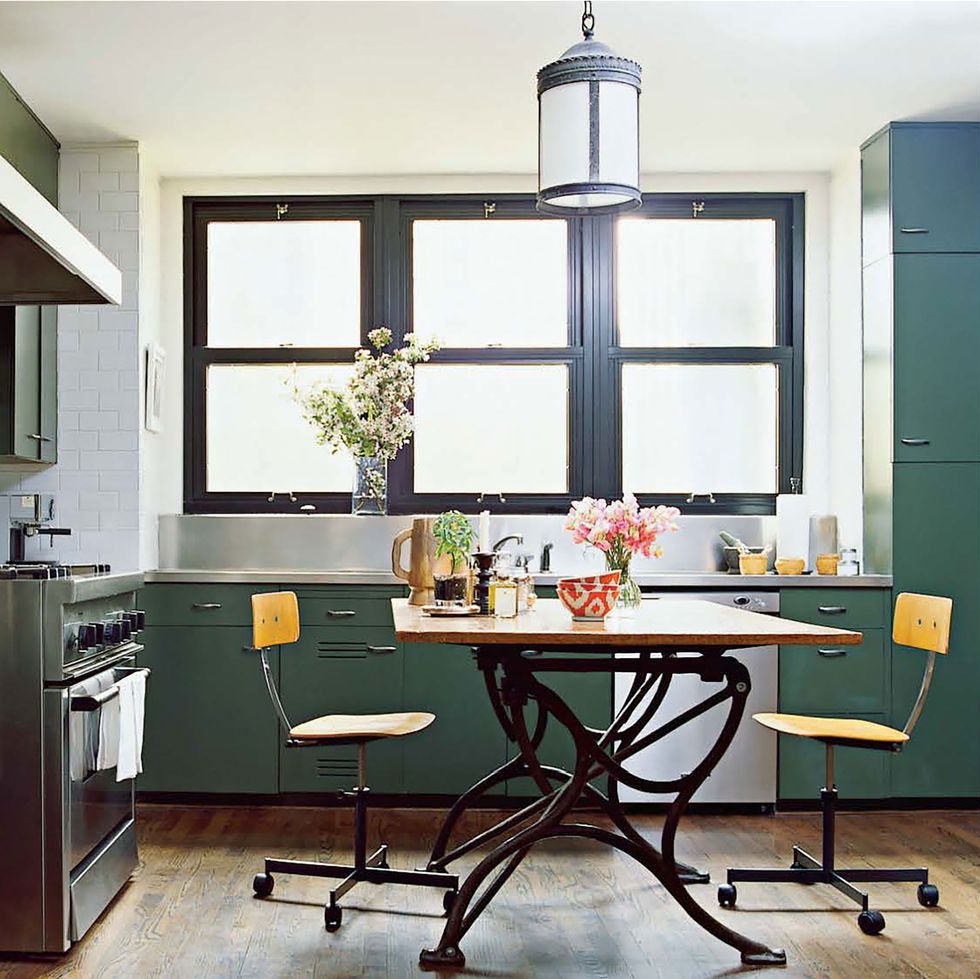 In the kitchen, a 19th-century architect’s table and 1950s school chairs; the range is by Viking and the metal cabinets are original.
Pieter Estersohn

And therein lies the secret. Clients get a more focused approach, but Berkus rarely designs his own homes with a purpose in mind, choosing instead to add and subtract pieces depending on mood, provocation, or the opportunity to take advantage of a better angle. That’s because for him interior design is about participating in an evolution rather than following a standard list of rules. “This living room already has gone through many different incarnations,” Berkus says, pointing to a maze of carefully arranged seating areas. “The way the rooms are mapped out, the way the furniture has been set — a lot of it was experimental.”

For Berkus, whose work schedule finds him at a Paris flea market one day and visiting a Chicago dealer the next, there’s rarely time to pause. It all sounds glamorous and carefree, but the designer begs to differ. “Decorating is a really tedious, detailed, sometimes painful, often wonderful process,” Berkus says, “but to me the goal is to always find that aha! moment.” 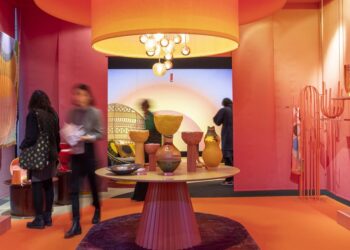 Courtesy of Maison Objet The design-world calendar revolves around a... 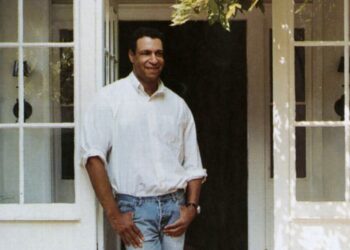 This article originally appeared in the May 2008 issue of... 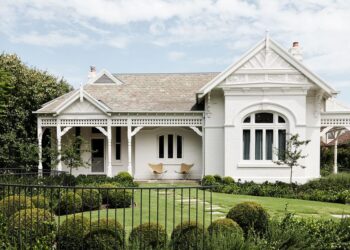 Discover a Secret Floor in This Historic Melbourne House

If you take Gradient House at face value, it’s lovely—picturesque,... 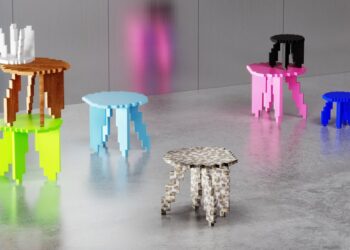 For a Growing Cadre of Young Designers, Art Imitates Minecraft

Most everyone has played—or at least has watched someone play—the... 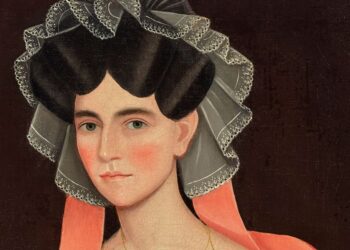 5 Antiques You Should Be Collecting Now

Everyone’s a collector these days, but with the onslaught of... 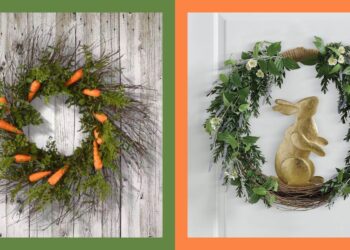 20 Whimsical Easter Wreaths to Usher in the Joys of Spring

Courtesy the Manufacturers Spring, just like Easter, is about rebirth,...