Miley Cyrus decided to nip all rumors in the bud and set the record straight regarding the demise of her marriage to Liam Hemsworth when she not so subtly released the breakup banger “Flowers” on Friday the 13th.

The pair, who married in 2018 only to divorce a year later, once again made headlines on January 13, 2023. Not only did the date signal that her relationship was cursed, she also made sure to drop the track on Hemsworth’s 33rd birthday, just to clear up any confusion if anyone wondered whom the object of her infliction was.

The slights don’t stop there folks as the song contained various references to the couple’s uncoupling including the fire that destroyed their marital home and the metaphorical ashes of their decade long relationship.

Fans and vigilant pop culture conspiracy theorists noted that “Flowers” samples the Bruno Mars track “When I Was Your Man,” a woeful tune that Hemsworth is rumored to have dedicated to Cyrus.

The video for “Flowers,” sees Cyrus looking fire in a gold lame dress as she struts up the driveway of a picturesque home, stopping to reenact a dance move that Hemsworth once low key publicly shamed her for.

We’re not done, not even close.

Later in the clip, Cyrus is seen stripping down to black lingerie for a dip in the house’s pool, getting down to nothing in a shower scene, and dressing up in black menswear for a solo sunset dance session. Fans have speculated that the suit Cyrus wears in the video is meant to echo one worn by Hemsworth at the “Avengers: Endgame,” premiere in 2019. On red carpet footage from that night, Hemsworth can be seen telling Cyrus to “behave for once.”

S–t gets wilder and the shade doth mount, y’all. Twitter is presently abuzz with the rumor, propagated in part by Pop Tingz that the house where Cyrus filmed “Flowers” was previously rented by Hemsworth to cheat on Cyrus with as many as 14 women.

True to her Scorpio moon, Cyrus has yet to confirm or deny this rumor, but hell if it isn’t elevating her to scorned woman turned legend status, sending a very strong birthday message to Hemsworth and pitching ‘”Flowers” to the top of the charts.

With all this cloak and dagger, spilled tea, suspect behavior, black lingerie, gold lame and haterade a flowing, we’re taking a look at the birth charts of both Cyrus and Hemsworth to see what drew them together, pulled them apart and continues to reverberate betwixt them.

Born November 23, 1992, Miley Cyrus is a sharp shooting Sagittarius sun with a cobwebs and controversy courting Scorpio moon. Her former husband Liam Hemsworth, born January 13, 1990 is a structured Capricorn sun with a love hungry Leo moon. On an elemental level, Miley is a fire sign and Liam is earth.

At first glance and to entertain cliches and speculation about their breakup, fire scorches earth but it ain’t that simple folks. When you add up the elements in their respective charts, Liam is indeed predominated by earth but Miley is more water than fire. In this combination, there’s a lot of reciprocity and potential for growth. If you think of love as, dare I say it, FLOWERS, then the combination of earth and water can be absolutely ample and a fertile place for transformation to occur and lessons to be learned.

On the other side of the dirt lies the potential for earth to feel drowned out by water and water to be blockaded by earth. I think we can see all of this at work in the length and breadth of Cyrus and Hemsworth’s relationship. It seems, beyond the pain of present day, that the two loved each other deeply and grew up together before ultimately growing apart.

The pirate and the principal

In terms of archetypes, Sagittarius is the seeker and Capricorn is the father figure. Do a pirate and a high school principal make for a merry marriage? No folks, they don’t and what begins as intrigue between these two quickly sours to irritation. Based on his birth chart and sun/moon combination Hemsworth wants someone that reflects favorably on him, a consistent ride or die who can be counted on to behave according to his idea of propriety. Good time having, deep feeling Cyrus wants the freedom to be herself and the anchor of being seen and accepted by her partner. Cyrus’s sun/moon combination suggest an extreme nature and a willingness to go full force and whole heart in a dicey or dreamy direction, say, marriage for example.

Never were the differences between Cyrus and Hemsworth’s sun signs more apparent than in the aforementioned and oft dissected clip from the “Avengers: Endgame” red carpet wherein a playful Cyrus licks the face of a disapproving Hemsworth who asks “Could you behave for once?” GTFO of here with that my dude and no, never. Cyrus responded by gritting her teeth, pushing him away and proceeding to stun and pose, a trajectory she seems to be continuing through today.

Gone unchecked, dense Capricorn energy can manifest as a conquerer kind of mentality and as Miley told you once and told you again, she can’t be tamed but that doesn’t mean she hasn’t tried to tamper herself in oder to be seen as lovable, been there sis. As exhibited in these telling red carpet clips, sea goats like Hemsworth can be quite the punishing little piglets when they feel provoked or disrespected and the more caged a Sag like Cyrus feels the more they will rebel, revolt and wild out. Not a recipe for harmony.

Mercury is our planet of communication and indicates our style of expression. Cyrus’ Mercury is in the dark dwelling, taboo loving sign of Scorpio while Hemsworth’s falls in the careful, calculated sign of Capricorn. These two modalities of communication are at odds with one another as Scorpio expresses from a place of emotion and Capricorn from a place of strategy and reason. When Cyrus sings “I can buy myself flowers / Write my name in the sand / Talk to myself for hours / Say things you don’t understand,” she ain’t lying, folks.

In astrology, the moon represents our emotional nature, our shadows and squishy underbellies. Miley’s moon in Scorpio squares Liam’s moon in Leo. Both signs are fixed meaning they are allergic to compromise, resistant to forgiveness and tend to take love hard, and a good long time to recover from it. When square moons like Cyrus and Hemsworth combine, there’s a lot of attraction, a heady amount of personal transformation and very little peace in between. Take it from famous square moon exes Pamela Anderson and Tommy Lee.

Leo moons like Hemsworth’s are hungry. Leo is the sign of the sun and when it is found in the emo realm of the moon, it equates to a need for an ungodly amount of attention, affection and assurance from their significant other. Magnetic and fun loving, Leo moons easily draw others to them but their requirements can be all consuming with very little room for compromise. When disappointed or disenchanted they get frosty AF and look outside the relationship for validation.

Scorpio moons like Miley are simultaneously pulled toward and terrified of soul baring intimacy. They hold a lot of space for the darkness that others hide and feel betrayed when they aren’t given the same grace. They love deep and (cue creepy whisper voice) “never let go,” just ask matching Scorpio moon power couple Ben Affleck and Jennifer Lopez. Spite is the spice of life for this lot and with “Flowers,” Cyrus is showing us how good she looks and how far she’s come, but she’s also revealing how much she still cares bc trust me folks, you don’t ruin the birthday of someone who doesn’t matter to you. Survival is the calling card and expression the elixir for Scorpio moons who define themselves by what they have endured, overcome, and flourished because of. Pain reminds them of what they’re capable of and part of their process towards healing is to stand like a promised bonfire for those that are still feeling their way through the dark.

We are different people with different people and perhaps the agitation and infighting that defined Cyrus and Hemsworth will abate in their new relationships. Following his divorce from Cyrus, Hemsworth has moved on and settled down with Taurus model and fellow Aussie Gabriella Brooks. Both Hemsworth and Brooks are earth signs, indicating their hierarchy of needs and approach to life is somewhat similar. Both signs are big on investment, privacy and keeping up appearances which bodes well for the long game.

Astrology 101: Your guide to the stars

Cyrus’s new love, drummer and illustrator Maxx Morando is a Scorpio sun which bodes well for our girl moving forward and even if the (Scorpio) sun sets on this romance we know Miley will bring bangers forth from the breakup. Stay gold, stay up and keep on singing, baby.

Astrologer Reda Wigle researches and irreverently reports back on planetary configurations and their effect on each zodiac sign. Her horoscopes integrate history, poetry, pop culture and personal experience. She is also an accomplished writer who has profiled a variety of artists and performers, as well as extensively chronicled her experiences while traveling. Among the many intriguing topics she has tackled are cemetery etiquette, her love for dive bars, Cuban Airbnbs, a “girls guide” to strip clubs and the “weirdest” foods available abroad. 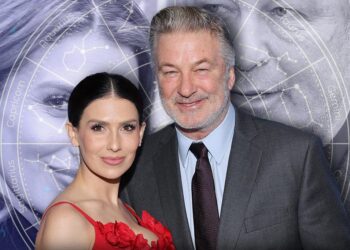 Alec and Hilaria Baldwin’s favor with fans and the public...

Zodiac signs by the slice: What pie are you, as per an astrologer?

Happy National Pie Day (not to be confused with National... 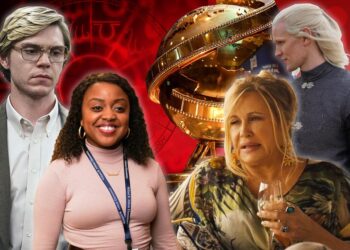 And the winner is… about to be your zodiac sign....

Which airline should you fly based on your zodiac sign?

Get ready to fly the friendly skies. Planes are the...

Your zodiac sign’s guilty pleasure, according to a star astrologer

The definition of guilty pleasure, as per the word nerds... 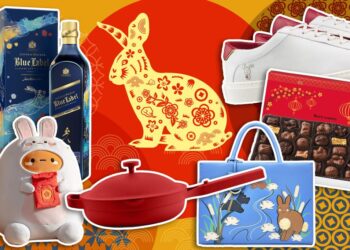 New York Post may be compensated and/or receive an affiliate...