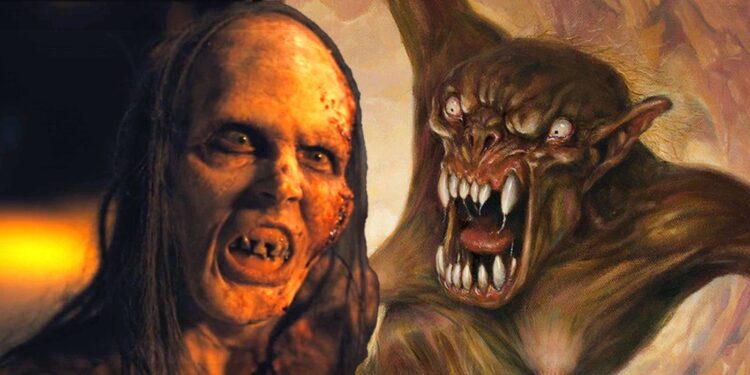 With many still horrified by the character, writer/director Zach Cregger opens up about how Beowulf inspired Barbarian‘s terrifying Mother design. The surprise horror hit centers on a trio of characters whose varying stories connect to a rental house in a rundown Detroit suburb that houses a dark secret in a series of hidden tunnels in its basement. Georgina Campbell led the cast of Barbarian alongside Justin Long, Bill Skarsgård, Matthew Patrick Davis, Richard Brake, and Kurt Braunohler.

While speaking exclusively with Screen Rant for the film’s home media release, Zach Cregger reflected on the development process behind Barbarian‘s terrifying Mother design. The writer/director explained how Beowulf inspired the horror movie’s antagonist, recalling how he had a drawing of the mother of one of the more iconic characters in the iconic fantasy epic that terrified him as a kid. See what Cregger explained below:

There was a drawing in a Beowulf illustrated book I had as a kid, and there’s this illustration of Grendel’s mother that really made an impact on me. So, that was what was in my head when I was writing it, and I showed that to the team. Matthew and I talked a lot about physicality, and how The Mother would move, and things like that. Then, when I went over, we put all these prosthetics on Matthew’s face, and I had a cast of his face before he even showed up in Bulgaria. I had kind of designed some of the prosthetics with a team that were very subtle, they didn’t really look like they do in the movie. One of the studio execs, on the drive home from the lab, from the studio, where we were working on the face stuff, I could tell she was bothered, and I was like, “What is it?” and she was like, “I just don’t think it’s very scary. I don’t think that face is very scary.” And I think she was right, it was really, really subtle. It would look like Matthew’s face with long hair, and he’s a pretty handsome man, and that’s not really gonna freak people out. Matthew, you’re hot. So, that night, I went home, and I did a ton of research into facial deformities, and I picked this cheek, and that mouth, and this chin, the asymmetry came in. We went back the next day, kind of in a panic, because we were going to start shooting very soon, and we just cranked it up to basically a Francis Bacon level. Then, we had what we have, so it was always very clear in my mind, and then at the 11th hour, I realized I did not have it right, and so we had to kind of reshuffle the deck.

Related: Barbarian’s Detroit Setting Has A Deeper Meaning Than You Realize

Why The Mother Is So Effective As A Horror Monster

While the genre has delivered a number of memorable antagonists throughout the years, some of the best horror movie monsters are effective simply in their lack of major screen time within their films. The shark in Jaws remains one of the best examples of how to build the tension and terror of the monster shark until its eventual reveal in the third act of the movie. Subsequent sequels failed to capitalize on this tension as they showed progressively more of the sharks at the heart of each film, leading to gradually worse reviews until Universal finally moved on from the franchise entirely.

Since its release, many have found that Barbarian proves to be a similarly effective approach to the horror monster formula be leaving The Mother under wraps for a large portion of the film. The first act of the movie plays out more like a romantic comedy between Campbell and Skarsgård’s characters until the terrifying reveal of The Mother, while the second act is a darkly comedic #MeToo story with Long at the center before he, too, is confronted by the film’s terrifying antagonist. Though the final act of the film featured plenty of The Mother and her backstory on display, most have agreed her to be a terrifying new horror monster, namely with her unsettling design.

While the end of the film seemingly closed the book on her story, Cregger has teased the possibility of a prequel Barbarian movie exploring more of the backstory for The Mother. Given her exact origins are generally kept under wraps, it could prove interesting to see another character-jumping story diving into the motives behind Brake’s Frank and how The Mother ultimately overpowered her captor. In the meantime, audiences can catch up with Barbarian streaming on HBO Max now.

Next: What Happened To Frank’s Other Victims In Barbarian? 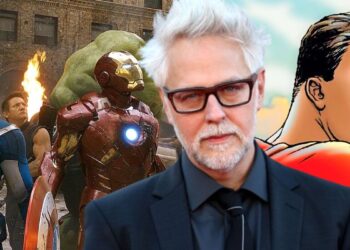 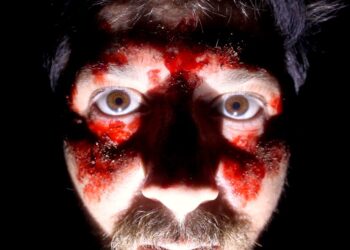 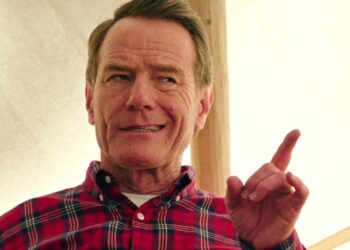 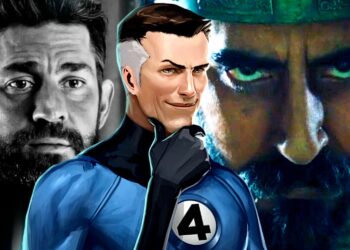 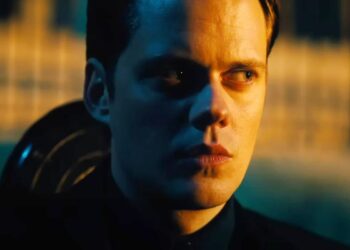 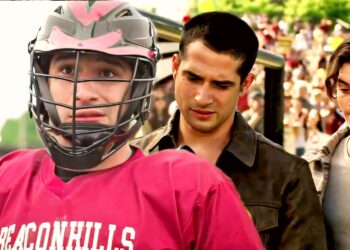