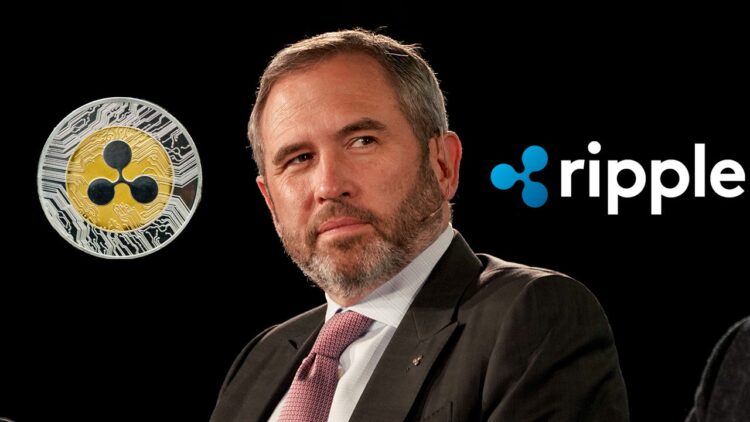 The meeting schedule of a former official of the Securities and Exchange Commission provides a detailed roadmap into the agency’s thinking as it began to weigh how best to reign in the burgeoning digital-asset business, but it could also buttress the growing sentiment that Wall Street’s top cop unfairly targeted a leading crypto outfit in its crackdown.

The itinerary of former SEC Director of Corporation Finance William Hinman hasn’t been reported before, and it shows the SEC casting a wide net in seeking advice from key crypto officials, including the person they thought was crypto’s founding father, the elusive Satoshi Nakamoto, FOX Business has learned.

From 2017 through 2020, Hinman was at the center of the agency’s crypto regulation efforts under former SEC chair and Trump appointee Jay Clayton. During those years, the commission began to navigate its regulatory authority over the business, which was growing exponentially and posing problems for government officials worried the opaque nature of the blockchain would finance illicit activities.

RIPPLE CEO SAYS LANDMARK LAWSUIT WILL BE DECIDED BY A JUDGE

Hinman’s agenda, obtained by FOX Business, covers his nearly four-year tenure at the SEC. It was turned over to XRP investors Stuart Young and Andrew Forbes as part of a Freedom of Information Act Request they submitted earlier this year.

Both men are part of a class-action lawsuit filed against the SEC in a federal court in San Francisco.

The class action takes issue with one of the SEC’s largest crypto enforcement actions to date: Its December 2020 case against Ripple Labs over what the SEC contends is the company’s unregistered sales of XRP tokens to investors.

The Ripple case culminated a frenzy of crypto enforcement activity by the Clayton SEC, which brought 87 cases, mostly against outfits that failed to register their digital coins with the commission. In late 2020, on Clayton’s final day as SEC chair, the SEC sued Ripple and its top executives for selling XRP to investors as an unregistered security.

Ripple vehemently denies the charges, stating that XRP is not a security, but rather, a crypto currency similar to rivals bitcoin and ether. Like them, it is used to facilitate payments on its decentralized platform. Ripple continues to fight the case now being litigated by lawyers under President Biden’s SEC chair, Gary Gensler.

While the outcome of the Ripple case remains uncertain, industry observers say the decision will likely shape the future of crypto enforcement. An SEC victory could give the agency carte blanche in regulating digital coins, meaning other unregistered cryptos like Ethereum’s ether could face similar scrutiny.

A loss would impose limits on how much the SEC can crack down on tokens it believes are in violation of law.

The class-action suit, led by a Providence-based lawyer John Deaton on behalf of 74,000 XRP investors including Forbes and Young presents another potential challenge to the SEC’s ability to regulate the digital-coin business.

It alleges the SEC wrongfully harmed XRP holders by improperly classifying all their sales as securities transactions because investors bought their coins on the secondary market, unrelated to Ripple actions. Moreover, XRP holders suffered significantly from the SEC’s action; the value of XRP dropped 70% after the Ripple lawsuit and the coin can’t trade on US-based crypto exchanges.

Maybe the most controversial part of the class-action suit involves what the XRP holders believe is the SEC’s motivation in suing Ripple. XRP holders contend the SEC met regularly with industry officials associated with XRP’s biggest competitor, ether, to discuss crypto industry regulation. The name of another big competitor of XRP also appears on the Hinman meeting schedule, the aforementioned Satoshi Nakamoto of Bitcoin, FOX Business has learned.

Both Hinman and Clayton, the suit states, are now in private practice and are advisers to entities that invest in bitcoin and ether, and were possibly swayed into filing civil charges against Ripple by some of its competitors — charges both have categorically denied. But XRP holders say details of Hinman’s meeting schedule indicate that purveyors of rival digital coins had a hand in the agency’s regulatory decision making.

“The calendar entries demonstrate that Ethereum founders and investors had exclusive access to the leadership at the SEC,” Deaton told FOX Business. “It was a very exclusive club and Ripple and XRP were not in it.”

SEC officials declined to comment, and both Hinman and Clayton have said their decision to file charges against Ripple was based purely on the law; Ripple officials sold XRP much like a stock or bond to enrich themselves and enhance the operations of their business and without filing the necessary paperwork with the commission like other companies that raise capital.

FOX Business could not determine exactly what was discussed at the meetings described in Hinman’s schedule, but one thing is certain: They took place during a key period of time when the SEC was debating how best to regulate the crypto industry and was preparing a crackdown on what it viewed as illegal digital coins.

According to Hinman’s schedule, Ripple’s “counsel” met with Hinman in April of 2018, and again in December 2020, just days before the agency filed its lawsuit. A Ripple spokesperson no immediate comment.

CRYPTO’S ‘TRIAL OF THE CENTURY’: RIPPLE CASE COULD BE DECIDED OVER JUST A FEW WORDS FROM FORMER SEC OFFICIAL

But the schedule indicates Hinman met people associated with Ethereum far more frequently — four times between 2017 and 2018, and possibly more. On March 29, 2017, for example, Hinman had scheduled a meeting with ConsenSys, a technology company that runs exclusively on the Ethereum block chain. The entry did not list names of any executives.

Other entries did. ConsenSys was founded by Joe Lubin, one of the co-founders of the Ethereum blockchain. Lubin and Hinman held what was described as a “web-ex” meeting on April 23, 2017, the schedule shows. There were two more meetings, one with the General Counsel of ConsenSys and another with unnamed members of the company in April of 2018, the schedule shows.

Satoshi Nakamoto, of course, is one of crypto’s leading figures as the creator of bitcoin, today’s most valuable digital coin and its blockchain platform. The long-elusive figure went missing from the cryptoverse more than a decade ago, leading many to believe the name is a pseudonym or he’s a composite figure.

But the SEC thought they hit pay dirt when Draper, a well-known venture capitalist and crypto investor, called agency officials with potentially explosive news that he had solved the Satoshi riddle. The foremost expert on crypto was also willing to guide the SEC in its nascent regulatory efforts, former SEC officials involved in the matter tell FOX Business.

SEC officials were said to be ecstatic. Precisely what made Draper or the SEC so confident that they had found the real Nakamoto is unclear. On Aug. 22, Hinman and his team held what is described in the meeting schedule as a “pre-meeting for Satoshi/Draper,” the schedule shows.

The next day, according to former SEC officials, they held a conference call with Draper and the person believed to be Nakamoto, during which they discussed the alleged Satoshi’s views of bitcoin and the blockchain he created in 2008, said one former SEC official involved in the talks.

This former official said Draper’s Nakamoto talked “a good game,” much of it about some mistakes he made in creating bitcoin and its network and how to fix them.

“The guy came across as if he wanted to do good things,” said the former SEC official who was present. “Tim was convinced he was the real deal.”

But when the meeting was over, the SEC decided to do a background check “to figure out who this guy was” and soon determined both they and Draper got punked by an imposter — a source of amusement and embarrassment inside one of Washington’s most prestigious law enforcement agencies.

“I remember hearing about this at a senior staff meeting that the guy was a fake,” said another former SEC official. “We all started laughing.”

Draper didn’t return emails for comment. On Aug. 25, 2017, two days after the Aug. 23 call, Draper tweeted, “I just got targeted by a Satoshi fake. He was very convincing and wasted a lot of my time. Could have been much worse. Watch out!”

The Verge, a tech publication, reported in 2017 extensively about Draper’s involvement with the fake Nakamoto on a possible crypto business venture. It also reported on the August 2017 meeting between Draper, his Nakamoto imposter, and commission officials about the imposter’s proposal for an initial coin offering based on a new blockchain.

FOX Business is reporting new details on the internal SEC deliberations involving Draper and the man he believed created bitcoin.

Hinman, for his part, declined to comment for this report, as did Clayton. While meeting with a Nakamoto fake still evokes laughter among past and present SEC officials, XRP holders say it’s significant. The sheer volume of discussions with Ripple competitors could indicate how the agency was swayed to formulate a regulatory agenda that would come at Ripple’s expense and ultimately theirs, they say.

The talks, for example, came just before Hinman gave a public address about the agency’s crypto regulatory agenda in June of 2018 at the Yahoo Finance All Markets conference. During the speech, Hinman singled out bitcoin and ether as decentralized digital assets that don’t need registration, leaving open the possibility that scores of other cryptos would face SEC scrutiny.

The speech signaled immediately to Ripple that the company was in the SEC crosshairs, and a little more than two years later, the SEC filed its case that could be decided sometime next year. 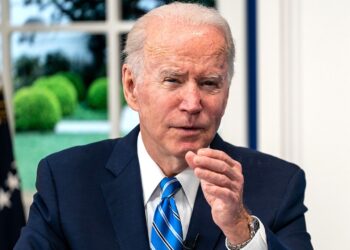 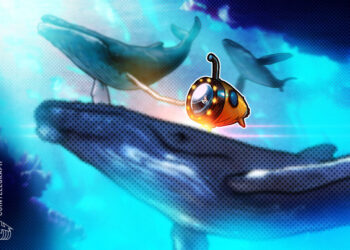 What are crypto whale trackers and how do they work?

There are dedicated solutions to track the actions of crypto... 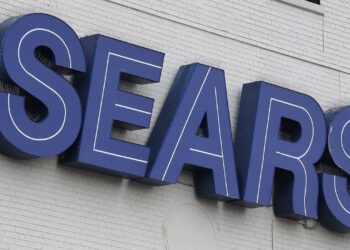 Sears Holdings has emerged from bankruptcy after more than 10,000... 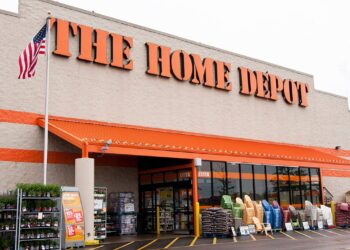